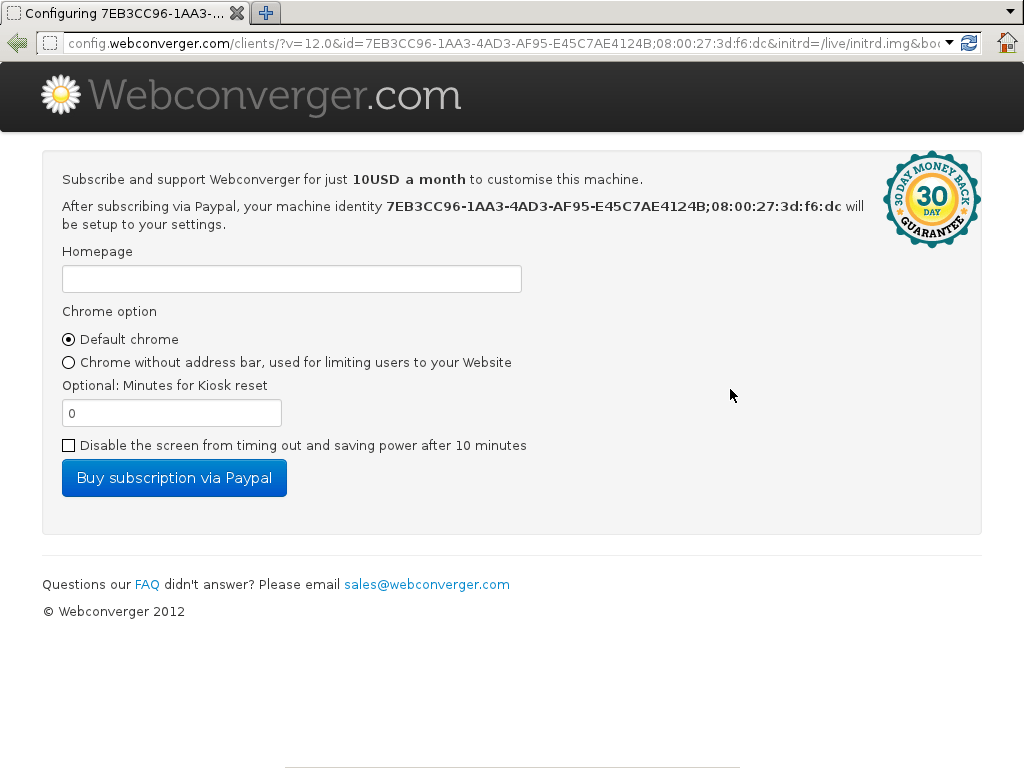 Webconverger 12 is the biggest leap forward this project has made to date. Highlights:

As we announced earlier this replaces http://webconverger.com/buy customisation service which simply wasn't scalable. There is an extensive FAQ describing the service, though the biggest caveat is that it only works on wired network connections on this Live version.

To give you an idea of how painless it is now to subscribe to the service, please see this video on subscribing and how easy it is to unsubscribe.

Last but not least, http://webconverger.com also has a new HTML digital signage product based on Webconverger called Neon that is on the streets of the London now and will be used at the Olympic games. Open technologies FTW!

A binary operating system in git

We have laid down the foundations for an operating system entirely managed in git. There is a lot more innovation to come in form of upgrades and getting the size down of the ISO down. So we really need your feedback and support in future rounds of testing hard drive installs since this is new territory.